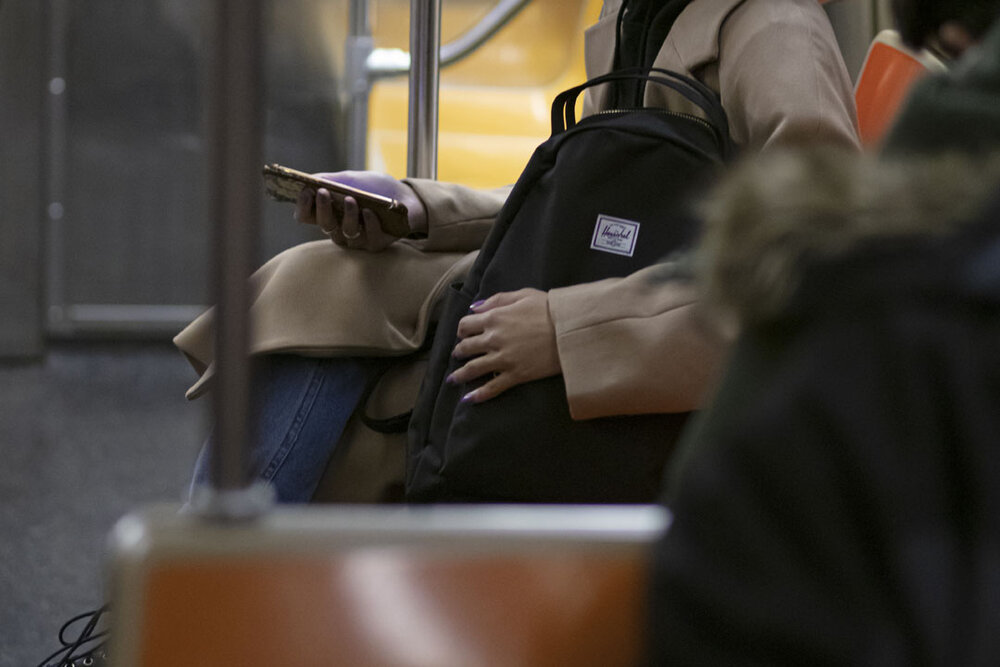 We’ve been the agency of record for Sun Bum for Media Relations and Influencer Marketing, but the brand tasked us with devising an awareness campaign that would introduce the brand on TikTok and translate its distinct creative point of view to the new audience.

How we did it

What would it look like if we leaned into the wild, wild world of TikTok but with a slight Sun Bum spin?

We’d figuratively crossed an ocean of the viral Sea Shanty content on TikTok, but summer was fast approaching with a newfound appreciation for ~vibes~ and *sun*. We decided to reprise the TikTok Sea Shanty craze but with the Sun Bum spin. And that’s how we created the ☀️Sun Shanty☀️.

Our influencer team casted a roster of brand-right creators and singer-songwriter Alex Aiono to kick off the campaign on National Sunscreen Day. Alex’s content posted first, and then we scheduled out each subsequent influencer to duet Alex’s original video singing the song in order to replicate the “duet-train” trend that became characteristic of the Sea Shanty.

As the popularity and engagement of the content swelled, we ultimately created a song master and released the official Sun Shanty track on streaming platforms as an added layer to the campaign.

The campaign drove spikes of engagement across the community, resulting in a 14.07% engagement rate. The campaign also drove an efficient digital spend, beating TikTok’s current benchmark by 20%. The campaign was later featured in the 2021 TikTok #ForYou Summit as a best-in-class example of how brands are remixing music on the platform. 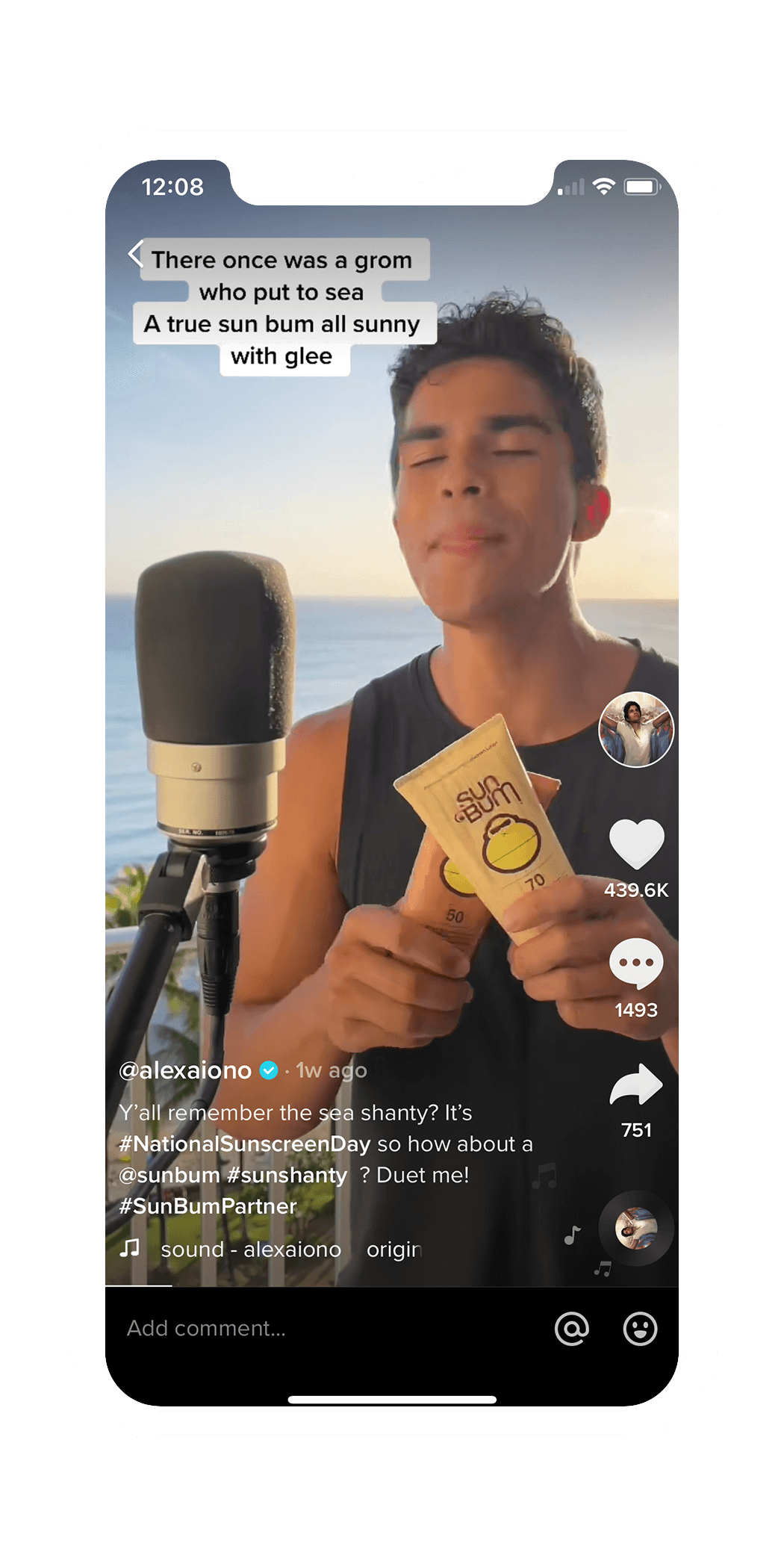 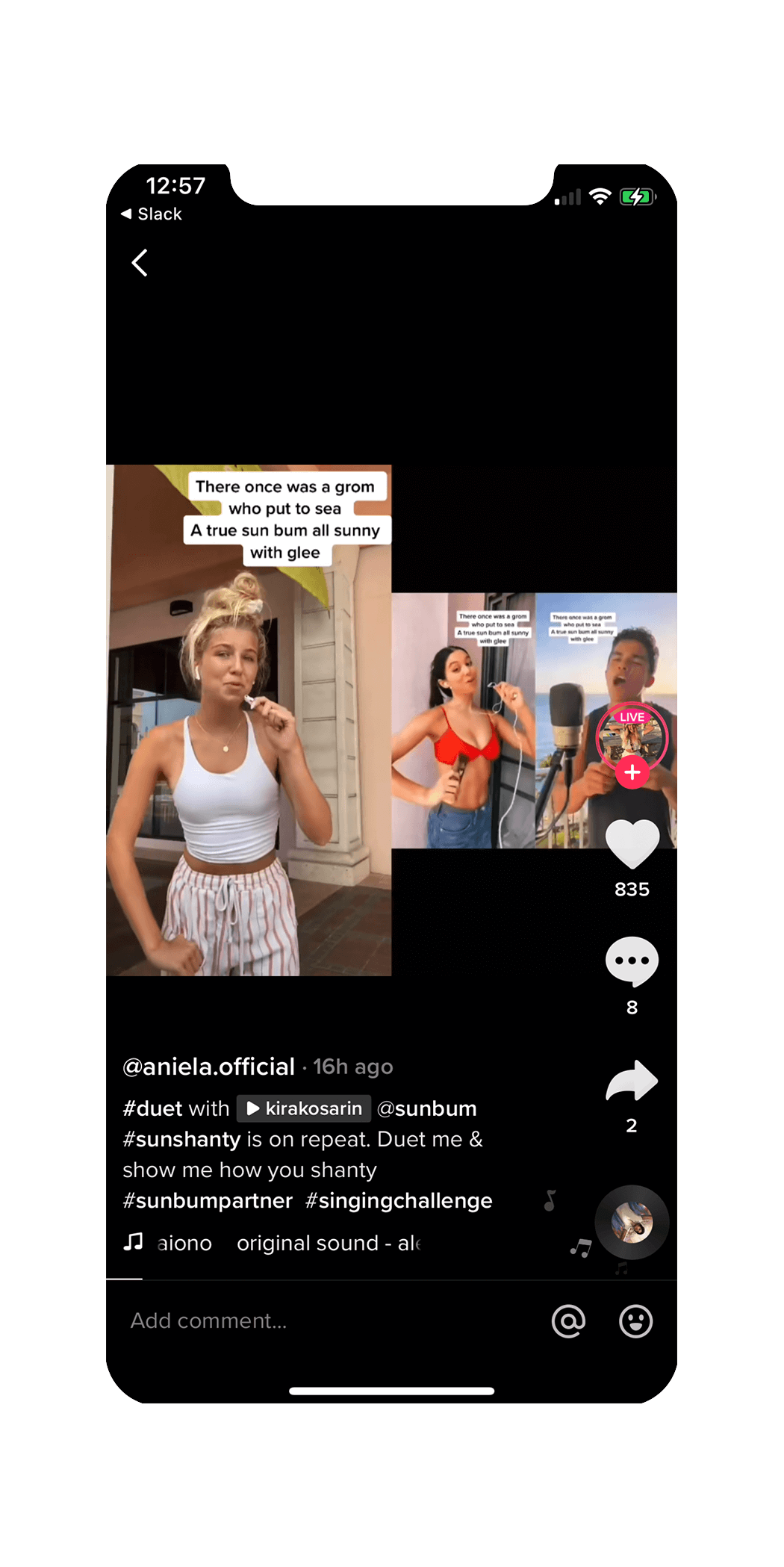 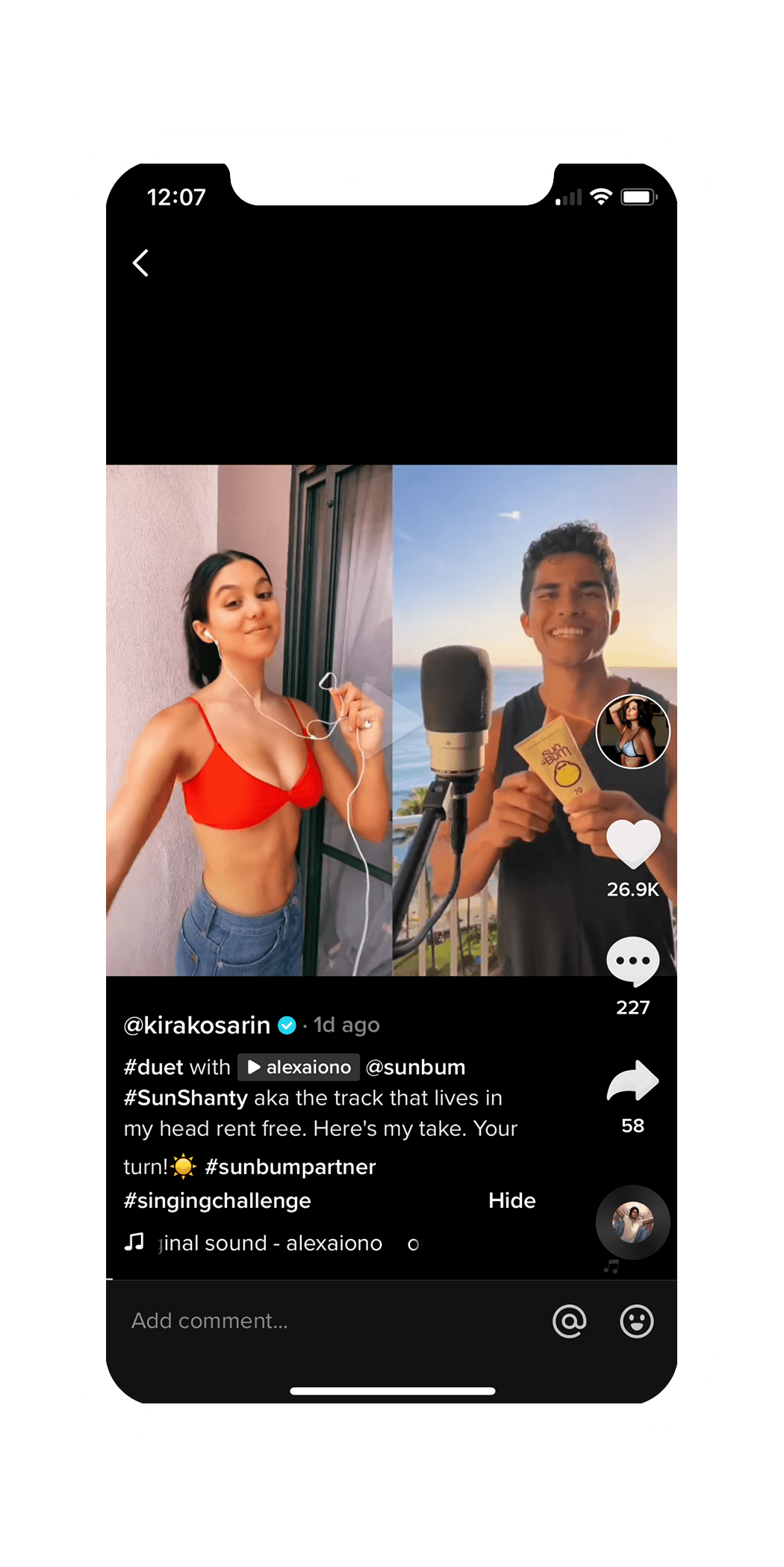 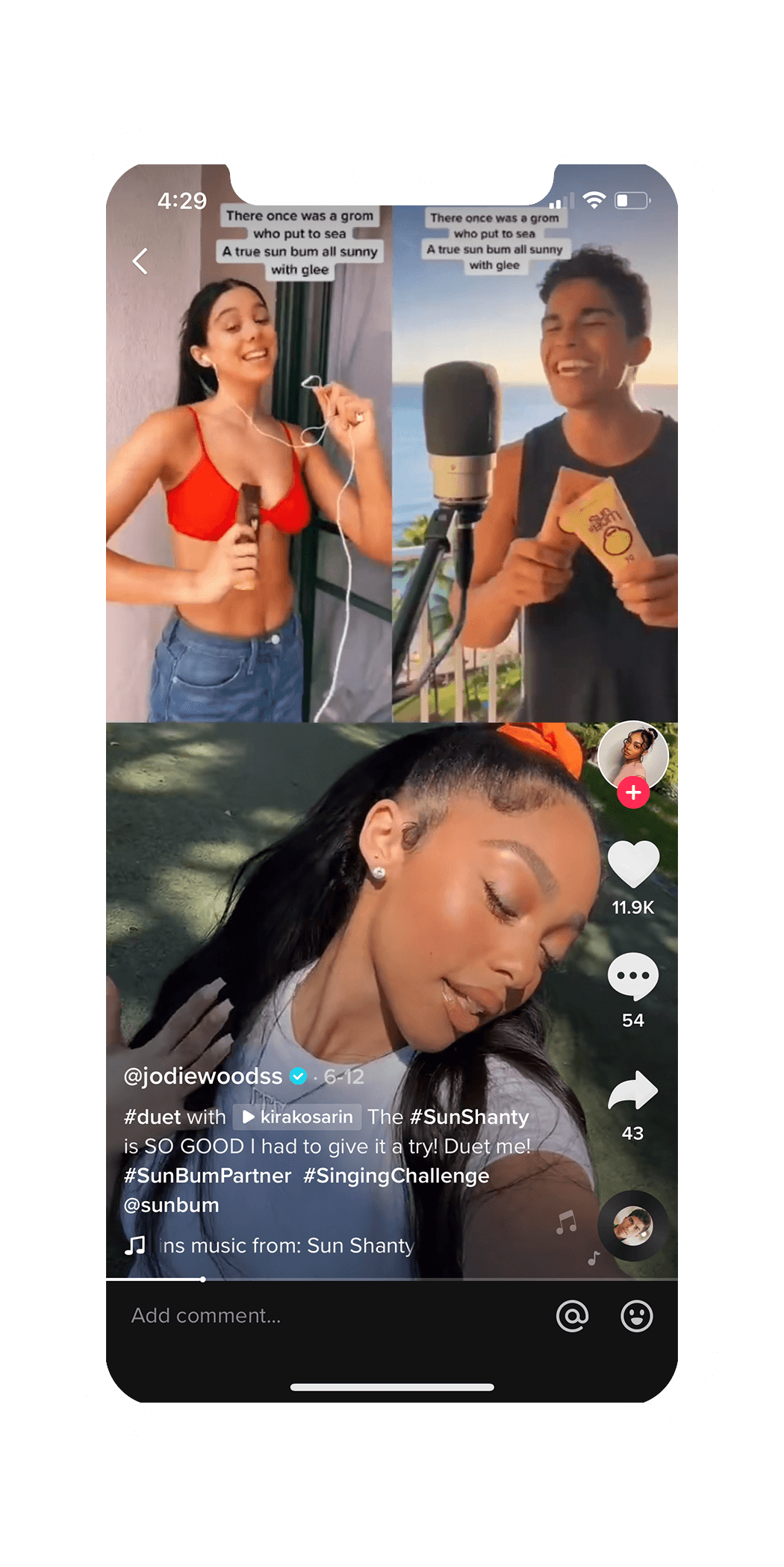 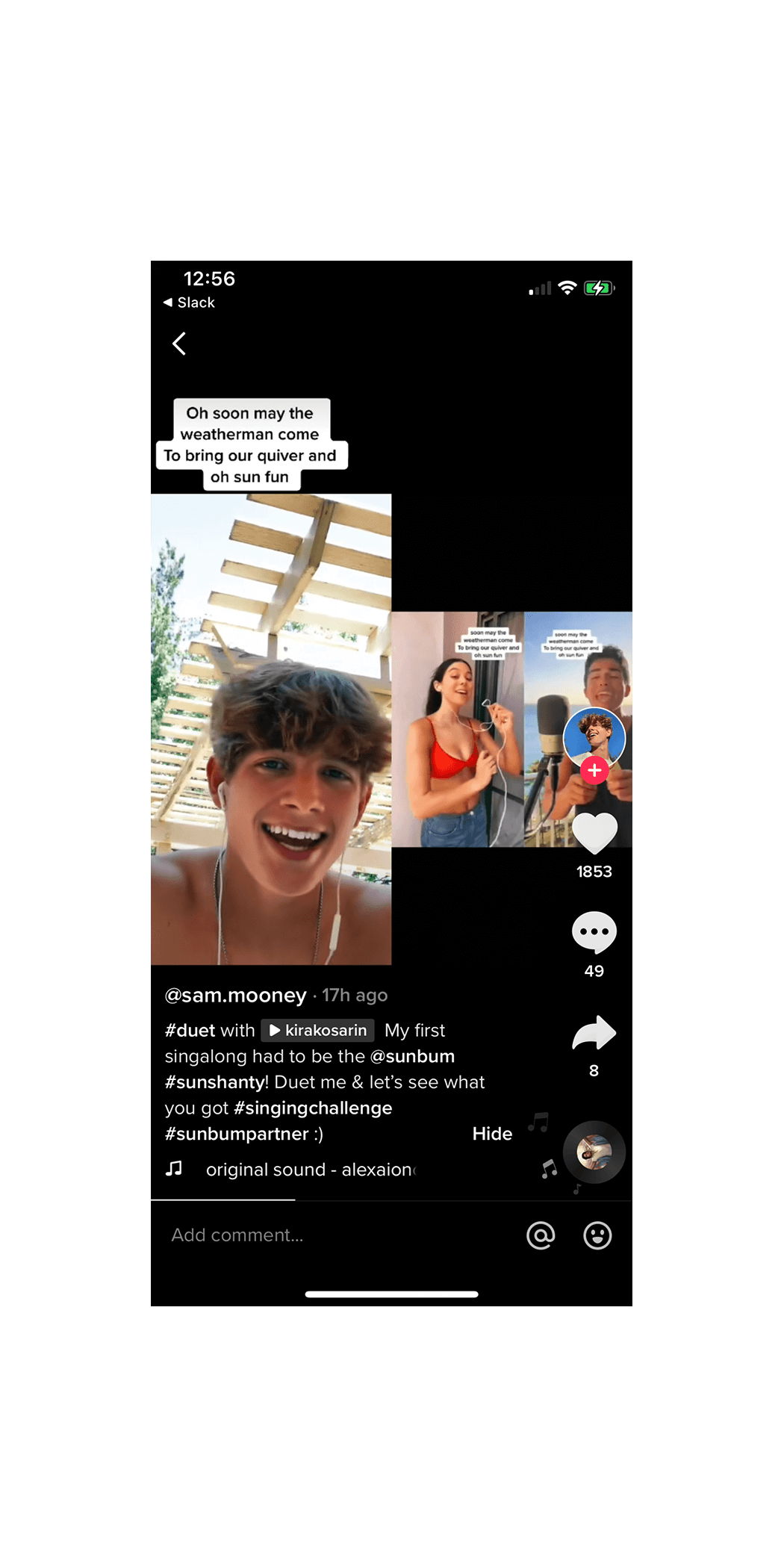 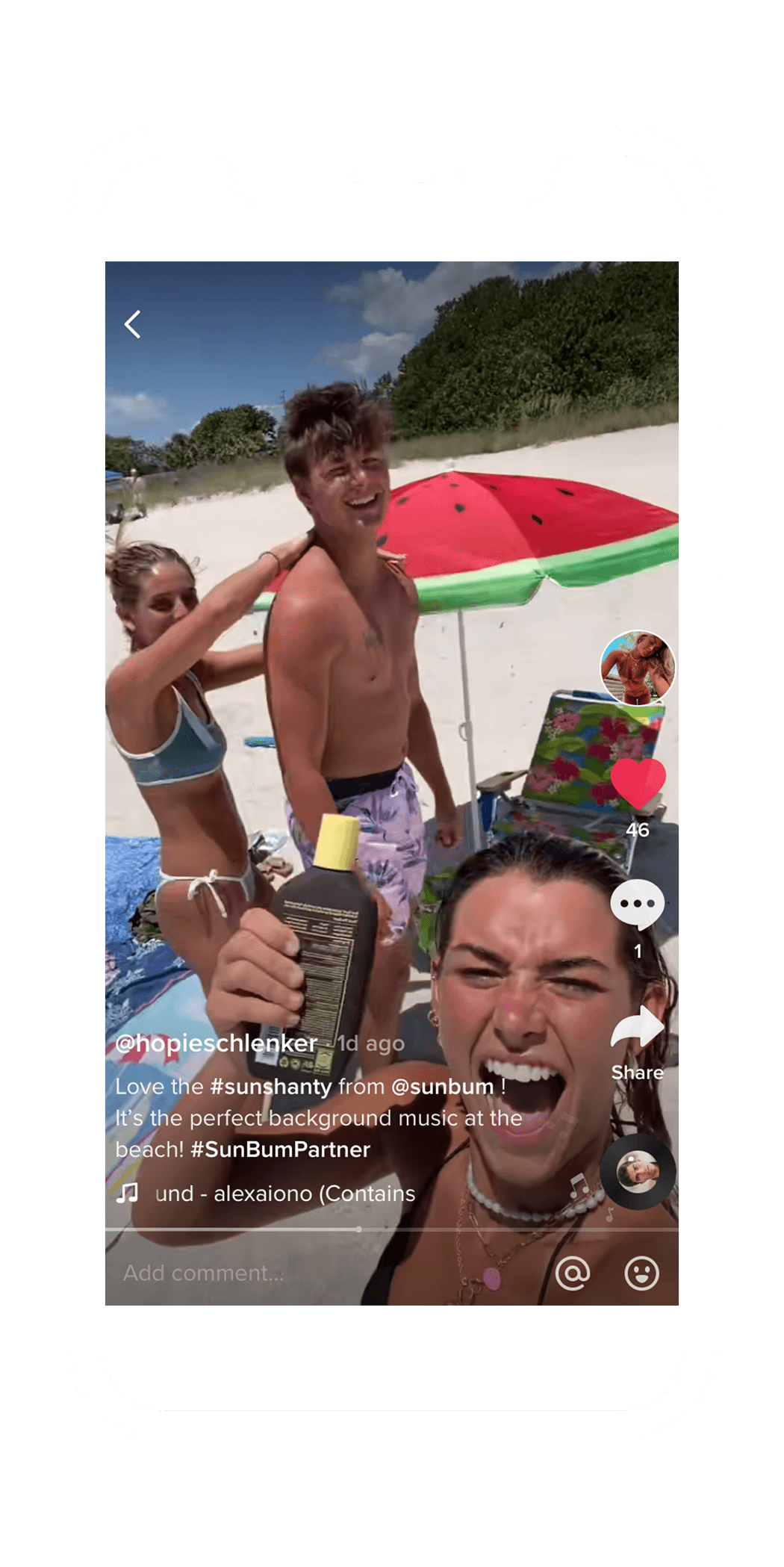 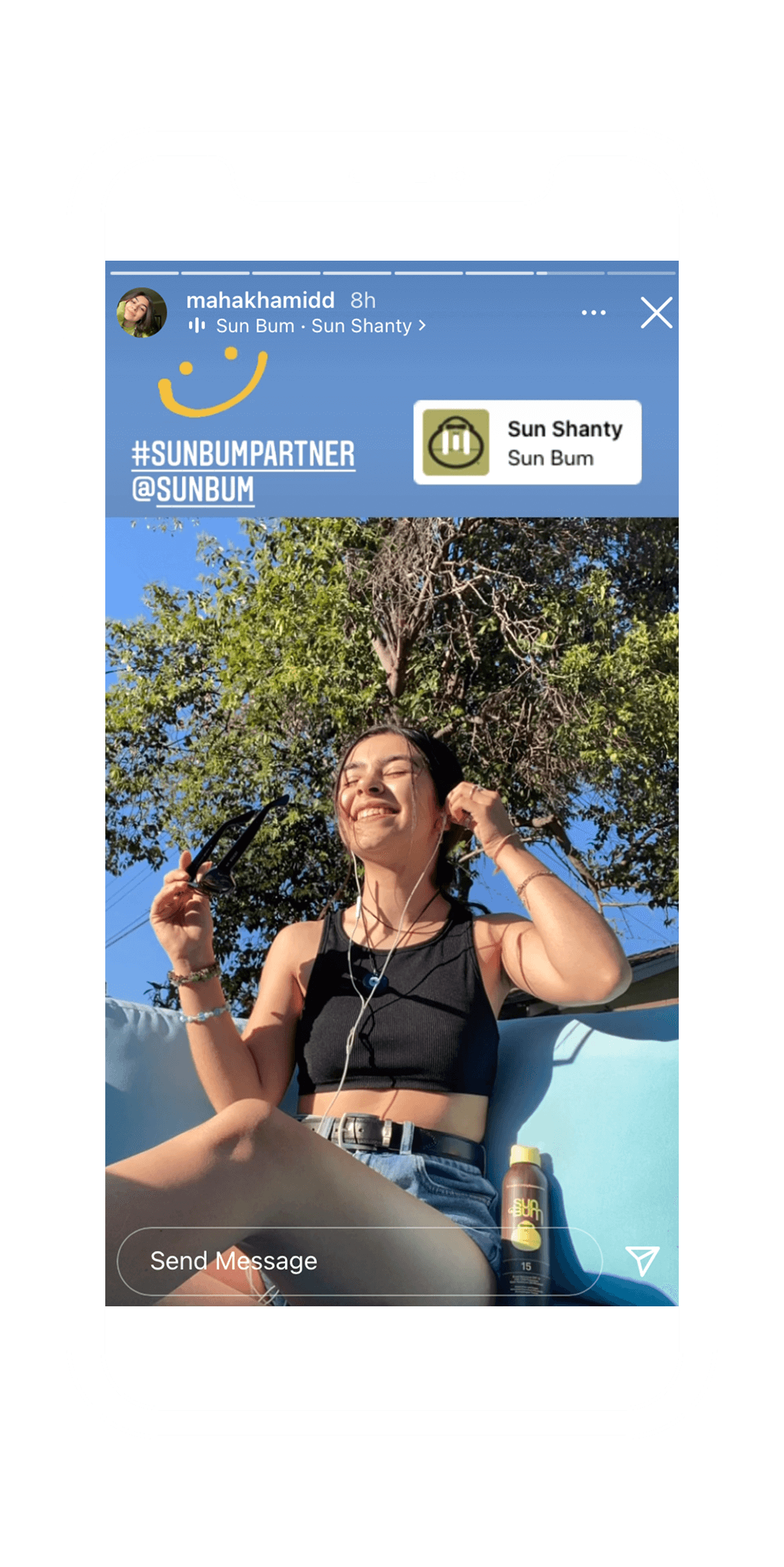 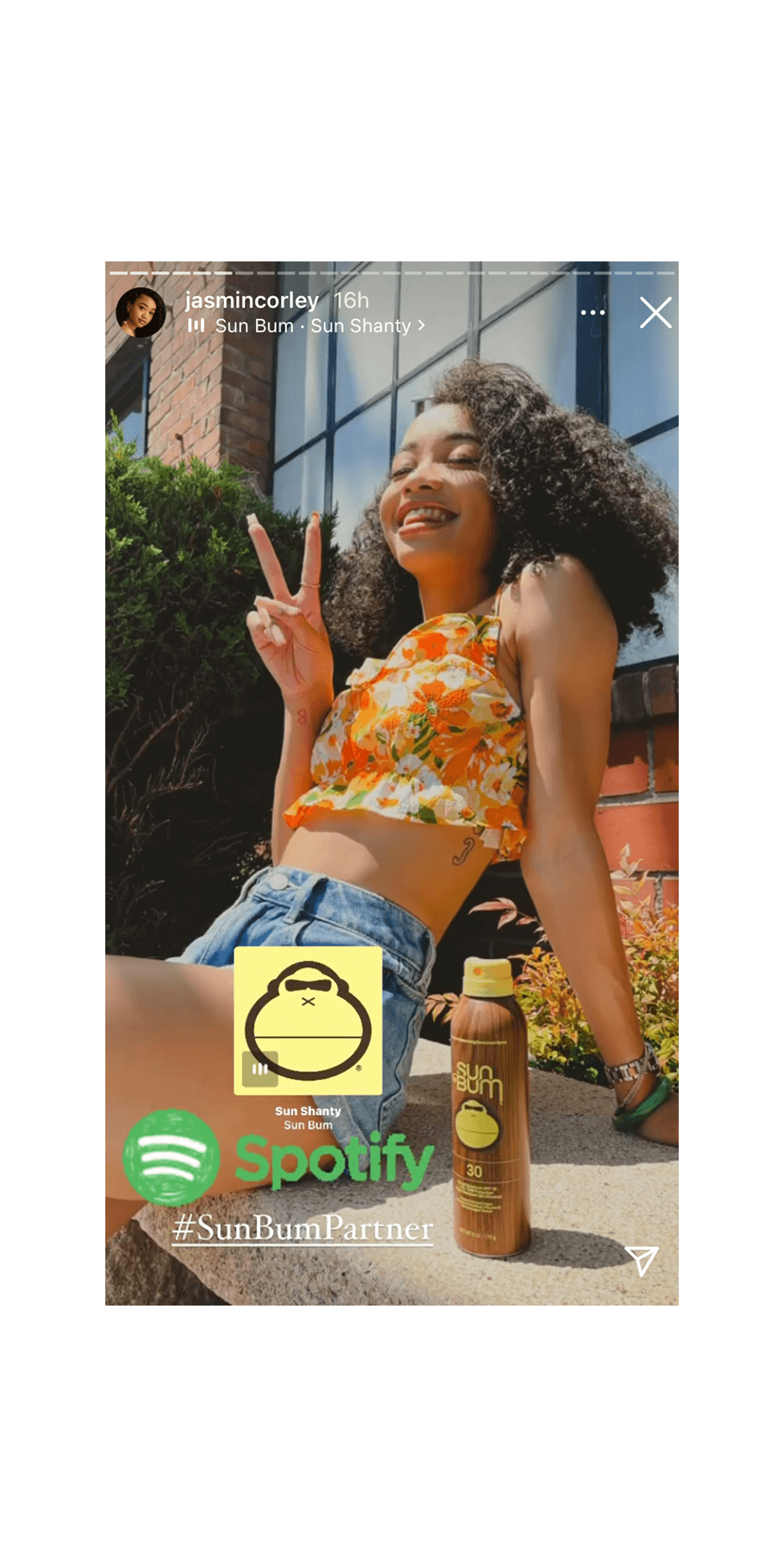